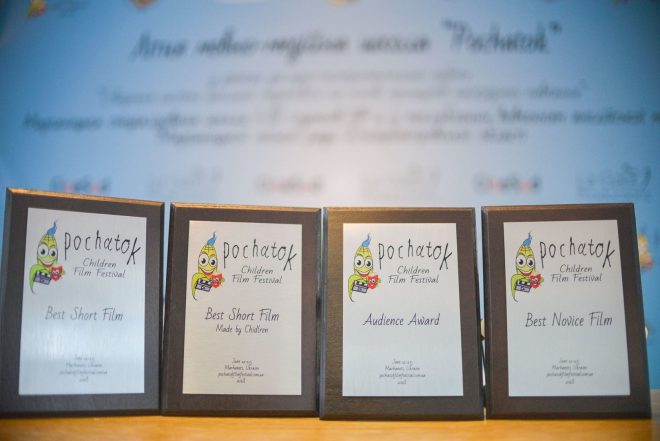 Five wonderful and intensive days with workshops, coaching, short film screenings have proven that film in small towns in Ukraine is of great need. Marhanets Secondary School has hosted a first ever children film festival and following its great success, already planning the second edition for the next year. Pochatok Film Festival (June 11-15, 2018) was organised by La Gata Productions, by Anna Demianenko together with Maria Kryvoshchokova.

Children had a chance not only to watch short films and to choose the winner for the Audience Award, but as well to translate subtitles into English and to voice the films over. In this way, the festival was more of interactive and educational. Children’s schedule was fulls of workshops a day on filming, photography, screenwriting, writing, acting, painting, animation and others. La Gata Productions has already started preparations for the new edition of Pochatok Film Festival.