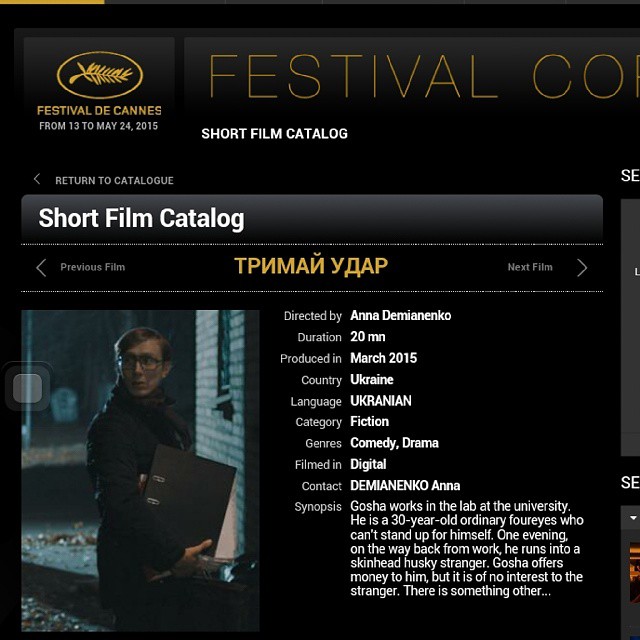 Keep A Fight is selected in the Short Film Corner  of the Cannes Film Festival, 2015. Other 15 Ukrainian short films along with Keep A Fight will be presented in the Ukrainian pavilion held by Molodist international film festival this year.

Short Film Corner – this is non-competition section dedicated to short films. Professional platform for the presentation and promotion of films, development of contacts between representatives of the film industry, conducting workshops and professional meetings. Participation in the program increases the chances of the film to be selected for international film festivals, as well as find potential international partners and distributors.