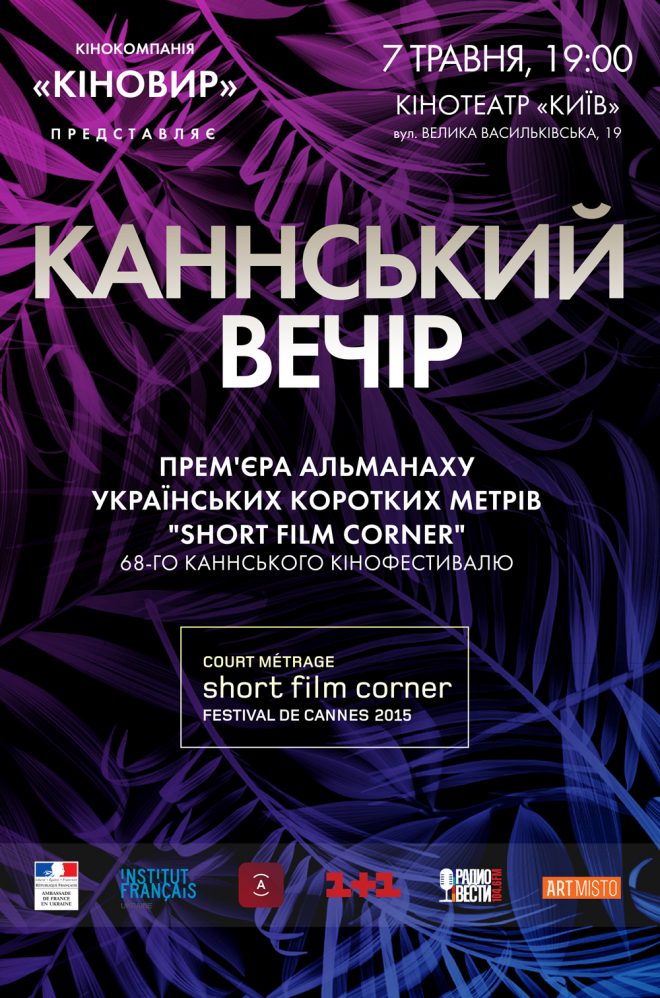 Event Cannes Evening is organised by Kinovyr Film Distribution will become an annual event aimed at increasing interest in the Ukrainian film industry. The aim of Kinovyr is the development and promotion of Ukrainian cinema through the production, distribution and international promotion.

The best films which were accepted to Short Film Corner were chosen to be screened in the cinema Kyiv and are planned to be in cinema release in the end of 2015.

The films to be screened: